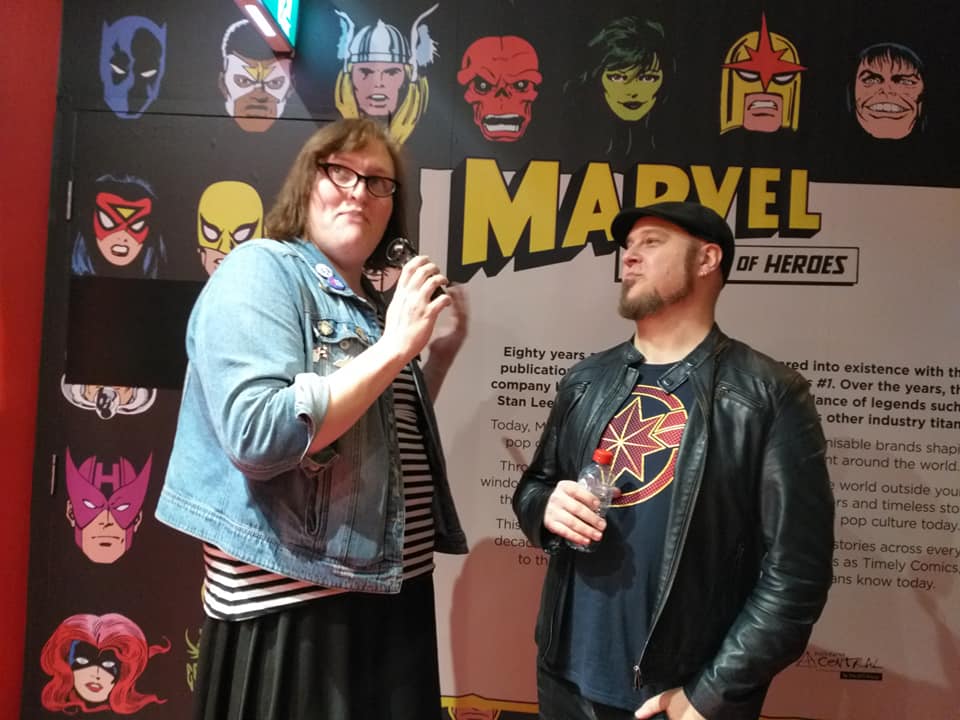 Tune in to Geeks Out, Tuesdays at 8pm on Joy!

On our last episode, Miranda chats with Friendly Neighborhood Spider-Man and X-Men Red scribe Tom Taylor at the opening night of Marvel: Journey of Heroes, an exhibition commemorating 80 years of Marvel Comics, free to view at Melbourne Central; Miranda, Bailey and intern Will revel in the 80s goodness while reviewing season 3 of Stranger Things; and the team talk trailers with new offerings from Disney’s Mulan and Maleficent – Mistress of Evil.

Join the Geeks Out team as we bring you highlights from last weekend’s Oz Comic Con, including (but certainly not limited to) Miranda’s interview with comic book scribe Tom Taylor, author of books such as Injustice: Gods Among Us, DCeased, X-Men Red, and Friendly Neighborhood Spider-Man.

Plus, we bring you a whole lot of reviews, including the television adaption of Neil Gaiman and Terry Pratchett’s Good Omens; the Xavier school’s latest and possibly final outing in X-Men: Dark Phoenix; solid sci-fi drama with Netflix’s I Am Mother; and the goofy weirdness that is the animated crossover of Batman vs Teenage Mutant Ninja Turtles.